Sir Walter Scott’s short story “The Tapestried Chamber” relates the story of General Browne, a British soldier recently returned from the “American War,” whose attraction towards an old castle results in a supernatural encounter. The story begins with a brief description of where the author first heard the “good ghost story.” The narrator notes that the story is more effective as told by the original story teller right after the sun has set than as a written work read in the middle of the day. 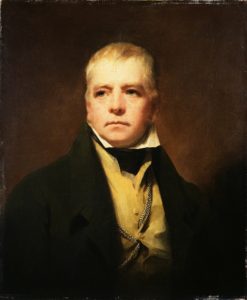 General Browne is traveling through the Western counties of England after returning from war. He notices a beautiful and ancient castle, which he discovers to belong to Lord Woodville, his childhood friend. He calls upon Woodville, who is currently hosting a party of friends. Woodville happily admits Browne into the party, invites him to stay for the week, providing him with an old-fashioned room, with hung tapestries and modern furnishings. 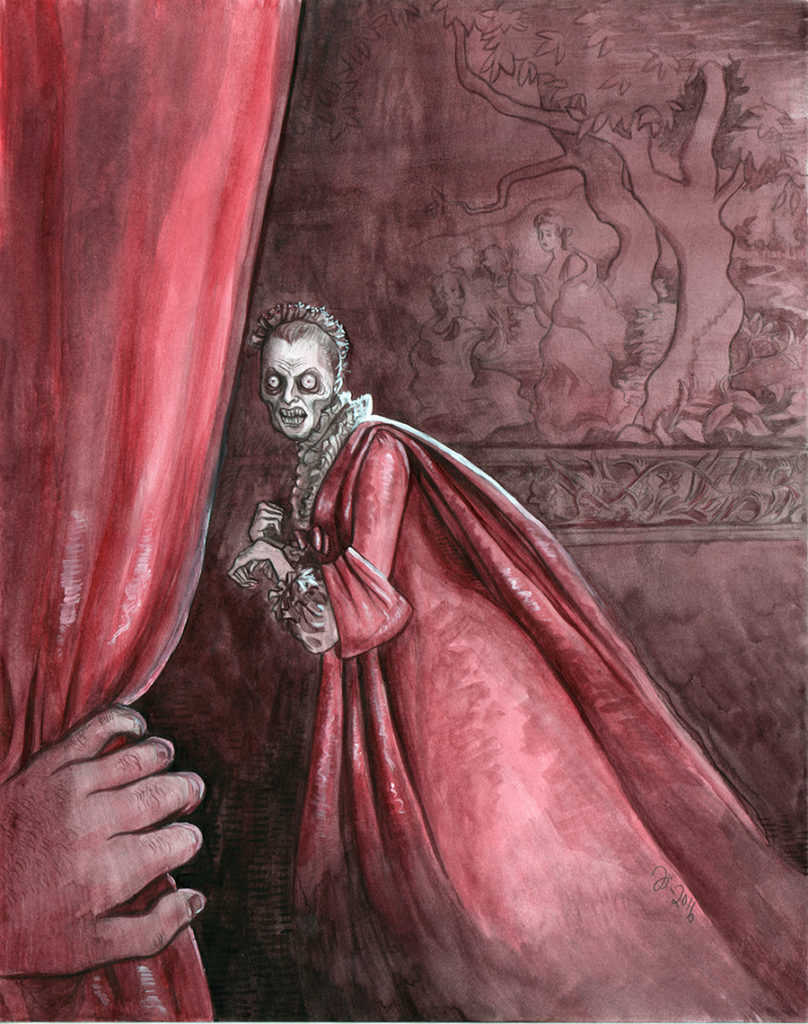 The next morning, Browne is found wandering the park since early morning and appears at breakfast haggard and messy, unbecoming of a military man. Browne also announces to Woodville and his guests that he must leave immediately. Woodville takes Browne aside in order to privately ask what happened to cause this change in his plans and appearance. Browne hesitantly explains that he was disturbed from sleep last night from the sounds of high-heeled shoes and the rustling of silk gowns. He woke up to see the figure of a woman wearing old-fashion clothing. When her face turned toward Browne, he discovered that her countenance was that of a corpse:

She turned slowly round, but, gracious Heaven! my lord, what a countenance did she display to me! There was no longer any question what she was, or any thought of her being a living being. Upon a face which wore the fixed features of a corpse were imprinted the traces of the vilest and most hideous passions which had animated her while she lived. The body of some atrocious criminal seemed to have been given up from the grave, and the soul restored from the penal fire, in order to form for a space a union with the ancient accomplice of its guilt. I started up in bed, and sat upright, supporting myself on my palms, as I gazed on this horrible spectre. The hag made, as it seemed, a single and swift stride to the bed where I lay, and squatted herself down upon it, in precisely the same attitude which I had assumed in the extremity of horror, advancing her diabolical countenance within half a yard of mine, with a grin which seemed to intimate the malice and the derision of an incarnate fiend.

After Browne finished telling his story, Woodville admitted that he had conducted an “experiment” using Browne. As he had just acquired the estate, Woodville wanted to discover whether or not the ghost stories surrounding the room, which was previously boarded up, were true. As Browne had never heard of the ghost stories before and was considered to be a rational man, Woodville felt that he would be the perfect subject to determine the veracity of the ghost story.

Just before leaving the estate, Browne notices a portrait hanging of a woman which he claims to be the same woman he saw last night in his bedroom. To this Woodville acknowledges that the woman in the painting is one of his ancestors “of whose crimes a black and fearful catalogue is recorded in a family history in my charter chest…in yon fatal apartment incest and unnatural murder were committed.” After this, Browne leaves the castle “to seek some less beautiful country, and with some less dignified friend.” 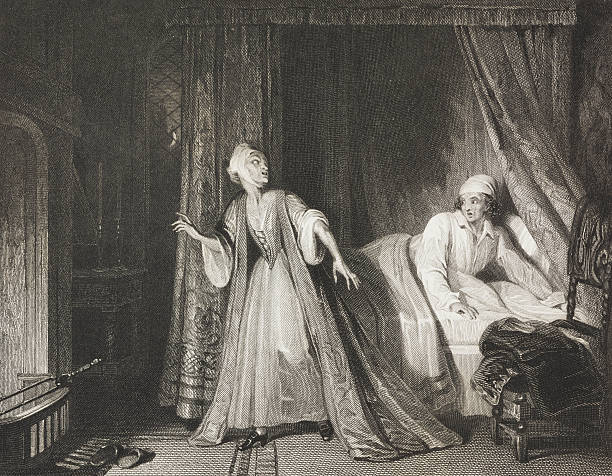 Not only is this story interesting to me because of its clear placement within the gothic mode, but I find Scott’s treatment of class helpful. Browne had just returned home from military service, only to be used as an experimental subject by a member of the British nobility. Although they were childhood friends, their respective ranks have caused such drastic separation that Woodville doesn’t question his decision to use Browne as a pawn to encounter the potential dangers of his dominion. This could be connected to Browne’s role in the so-called American War, where he was used to encounter the dangers of wartime in order to help the crown maintain its colonial possessions. Browne is described as “an officer of merit, as well as a gentleman of high consideration for family and attainments,” however this still does not seem to place him at the same level as Woodville. By the end of the story, Browne desires to seek out “some less dignified friend” with whom to spend his county travels.

As I’m also studying early American texts, I found the brief description of his perspective of the American Revolution quite different from American perspectives. He focuses solely on the terrible sleeping conditions he faces while in Virginia (“to the old tobacco-cask in which I was fain to take up my night’s lodging when I was in the Bush”) despite the fact that he was either held as a prisoner-of-war or was forced to surrender at Yorktown:

About the end of the American war, when the officers of Lord Cornwallis’s army, which surrendered at Yorktown, and others, who had been made prisoners during the impolitic and ill-fated controversy…there was amongst them a general officer, to whom Miss S. gave the name of Browne…

Scott describes the revolution as an “impolitic and ill-fated controversy,” a phrase which works to delegitimize and belittle the revolution.

Finally, I wonder why Scott chose to skip the night of the haunting in favor of relating the story of the ghost to the reader via Browne’s account to Woodville in the morning:

Here, contrary to the custom of this species of tale, we leave the General in possession of his apartment until the next morning.

By doing this, does this create a greater sense of story-telling through the printed word? Is this a method of hyper mediation that paradoxically creates a more realistic tale?

“The Tapestried Chamber” (1828) by Caitlin Duffy is licensed under a Creative Commons Attribution-ShareAlike 4.0 International License.