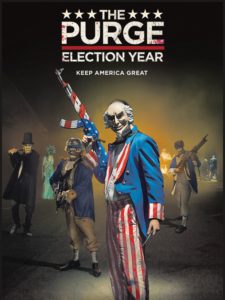 James DeMonaco’s The Purge: Election Year is the third addition to The Purge franchise and was released in 2016, just before the contentious 2016 presidential election. As you can see in the above poster, which reads “Keep America Great,” the real-life presidential election played a major component in the film’s marketing. According to the film’s IMDB page, “each Purge installment has earned more money at the box office than its predecessor. A rare feat for horror/thriller film franchises.”

The Purge: Anarchy takes place seventeen years after the sequel (The Purge: Anarchy), it is probably the year 2025, and Leo Barnes (Frank Grillo) has become head of security for Senator Charlie Roan (Elizabeth Mitchell), a presidential candidate. Barnes is so committed to helping Roan stay safe so she can become president because she is running on an anti-purge platform. His desire for revenge from the sequel is referenced throughout this film. The purge is revealed (once again) as an institution that primarily targets the poor and weak, allowing the government to not have to provide so much welfare as would be required if there wasn’t a night full of murder every year. A secondary plot-line, focusing on a Washington, DC deli owner, Joe Dixon (Mykelti Williamson), his employee, Marcos (Joseph Julian Soria), and close friend Laney Rucker (Betty Gabriel) as they both protect themselves, the neighborhood, and the deli (it’s all Dixon has and he just recently lost his “purge insurance” due to rising costs the night before the purge). Eventually, both plot lines intersect after a betrayal causes Roan and Barnes to take to the streets in order to survive the night. When Roan is captured by the New Founding Fathers of America (or the NFFA, the most powerful political party) to participate as a sacrifice in their annual, yet secretive, “Purge Mass,” Barnes, with the help of Dixon, Marcos, Rucker, and activist Dante Bishop, manage to rescue her. The film ends on election day, with news announcements declaring that Roan seems to be the clear winner. However, there are also news reports that members of the NFFA, upset at the news of Roan’s potential success, have taken to the streets, committing murders and other acts of violence.

Promo shot of Barnes and Roan on the streets during Purge Night.

What’s up with that?

Some “murder tourists” in costume

The Lincoln Memorial on Purge Night 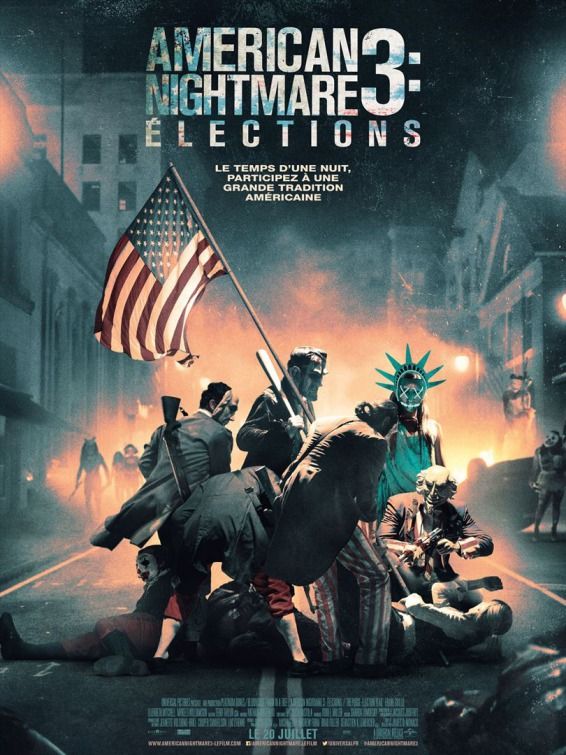 Some of the marketing of the film also tapped into American memorials and iconography. Take, for example, the French poster. 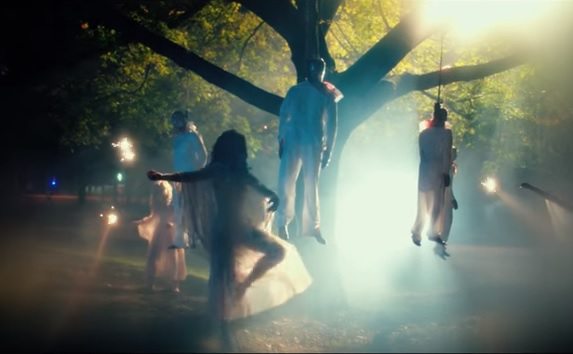 The film also features images which tap into the darker parts of American history and culture.

The Purge: Election Year (2016) by Caitlin Duffy is licensed under a Creative Commons Attribution-ShareAlike 4.0 International License.