This post needed a Hamilton gif, so I’m getting it out of the way now.

For my 19th C. American list, my professor and I decided to include only a selection from Thomas Jefferson’s Notes on the State of Virginia: Queries VI (“Productions mineral, vegetable, and animal”), XI (“Aborigines”), XIV (“Laws”), and XVIII (“Manners”).

According to the advertisement at the start of the text, Jefferson originally wrote Notes in 1781 while residing in Virginia, but updated and enlarged the text in 1782 after receiving a number of “Queries proposed to the Author, by a Foreigner of Distinction, then residing among us.” Notes were eventually published anonymously for public consumption in 1785 when Jefferson was in Paris. This “Foreigner,” according to the text’s Wikipedia page, was François Barbé-Marbois, the Secretary of the French delegation in Philadelphia. It was not until 1787 that the book was published in English under Jefferson’s name.

Notes contains a collection of twenty-three queries and Jefferson’s responses. His responses contain both Jefferson’s opinions as well as his observations and collected data. Often, his data takes the form of tables. His overall argument is that the newborn American society was, for the most part, a good one, and that Virginia is representative of the overall nation. Prior to this re-read, what I remember most about first reading this text was his beliefs about race and miscegenation. In particular, while he didn’t believe that the institution of slavery should continue in the United States, he also didn’t believe that different races could (or should) live together in the same nation. 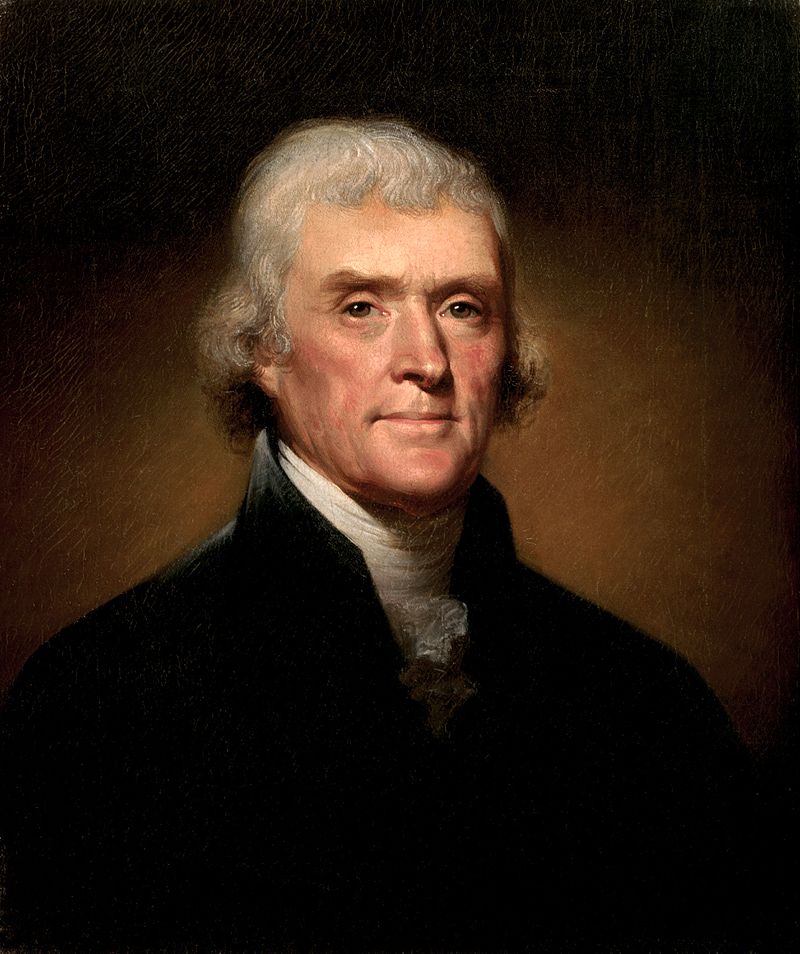 Portrait of Thomas Jefferson by Rembrandt Peale in 1800

Of Interest to Me…

In this section, Jefferson works to record the many different types of minerals, vegetables, and animals there are to be found in Virginia (and the US at large). However, he uses his data to work against Comte de Buffon’s claim that living things degenerate in the American climate and soil.  Perhaps most interesting in his argument against Buffon is Jefferson’s description of the American Indian population:

…we shall probably find that they are formed in mind as well as in body, on the same module with the ‘Homo sapiens Europaeus.’  (66)

I do not mean to deny, that there are varieties in the race of man, distinguished by their powers both of body and mind. I believe there are, as I see to be the case in the races of other animals. I only mean to suggest a doubt, whether the bulk and faculties of animals depend on the side of the Atlantic on which their food happens to grow, or which furnishes the elements of which they are compounded? (68)

For Jefferson, it’s more race than location which determines inferiority and superiority. I want to keep this section in mind because something similar to Buffon’s concept of degeneration is a major part of a lot of American ecogothic in which human beings degenerate into wild, animalistic, monstrous things after spending a bit of time in American wilderness. H. P. Lovecraft’s repeated presentation of degeneration as a result of miscegenation (especially in “The Shadow Over Innsmouth”) appears as a sort of mix between Jefferson’s and Buffon’s views. 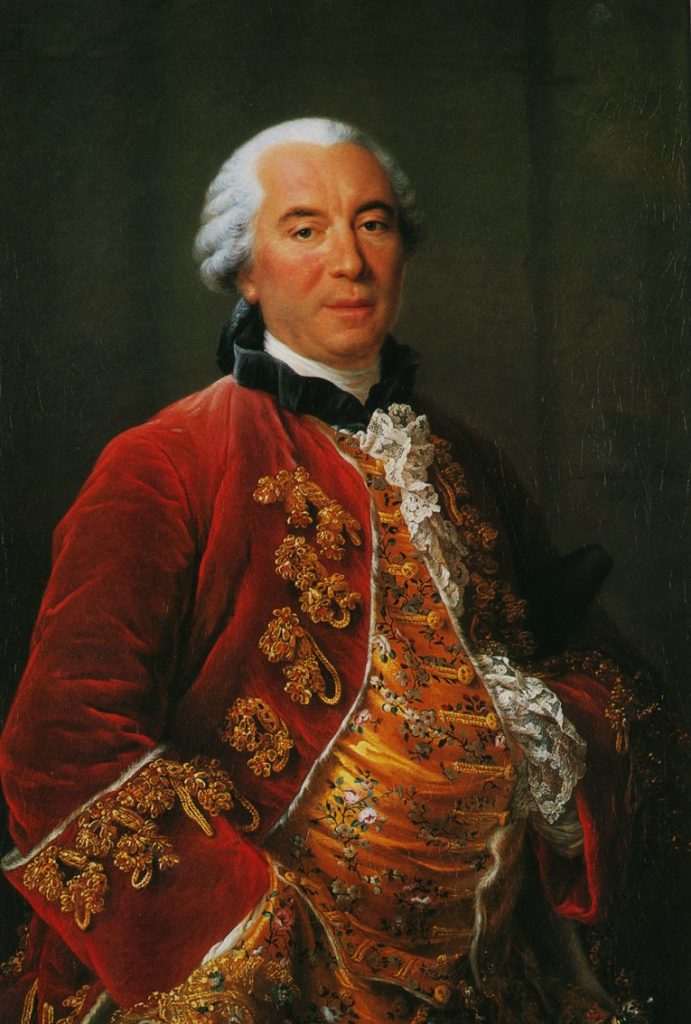 I also want to remember the early attempt at proving the existence of an American culture. Jefferson responds to the claim that “America has not yet produced one good poet” by proving that American has “produced” a number of artistic geniuses: George Washington in war, Ben Franklin in physics, and “Mr. Rittenhouse” in astronomy (69). Jefferson does not stop here, but he goes on to attack the culture of Great Britain by stating that:

The present war having so long cut off all communication with Great-Britain, we are not able to make a fair estimate of the state of science in that country. The spirit in which she wages war is the only sample before our eyes, and that does not seem the legitimate offspring of either science or of civilization. The sun of her glory is fast descending to the horizon. Her philosophy has crossed the Channel, her freedom the Atlantic, and herself seems passing to that awful dissolution, whose issue is not given human foresight to scan. (70-1)

I’m interested in this idea of a nation “producing” men, artists, and culture.

I also want to remember that he discusses bees at the end of the query, and informs the reader that the American Indians call them the “white man’s fly,” as they are believed to have been brought over by the Europeans, and that the bee moves further into the country just before the white colonizers.

In this section, Thomas Jefferson tries to define and explain the various American Indian tribes, particularly the three major tribes of Virginia: the Powhatans, the Mannahoacs, and the Monacans (98). He goes to great pains to repeatedly note that the American colonists gained their land from the American Indians through peaceful and fair means:

That the lands of this country were taken from them by conquest, is not so general a truth as is supposed. I find in our historians and records, repeated proofs of purchase…They have lost their language, and reduced themselves, by voluntary sales… (102)

He also tries to determine from which race the American Indians have descended: the Europeans or the Asians? He determines that they must be related to the Asian race.

He describes the fact that “crimes are very rare” among the American Indians and attributes this to his belief that they have no law or government.

…it made a question, whether no law, as among the savage Americans, or too much law, as among the civilized Europeans, submits man to the greatest evil, one who has seen both conditions of existence would pronounce it to be the last… (99)

However, Jefferson also notes that, because of their lack of laws, American Indians cannot form a “great society” and must “therefore break them into small ones” (ibid.). He therefore determines, like an early American Goldilocks, that because the American republic has neither too much nor too little government, it is (surprise!) the best society in which to live (it is ‘just right’).

Finally, in this section, Jefferson describes his process of investigating American Indian burial grounds which was…. horrifying and ridiculous. He digs up the bones of American Indians in order to determine how they were buried. He emotionlessly describes pretty gothic moments, such as…

The sculls were so tender, that they generally fell to pieces on being touched. (105)

He ends this description of the burial grounds by explaining that

Both of these [barrows, or burial grounds] have, within these dozen years, been cleared of their trees and put under cultivation, are much reduced in their height, and spread in width, by the plough, and will probably disappear in time. (107)

The burial grounds therefore are disappearing as the white colonists cultivate them for farmland. This allows these lands to become prominent sites for haunting. Indian burial grounds have been used in horror film and fiction in multiple instances, perhaps most famously in Stephen King’s novel, The Shining,  and Stanley Kubrick’s film of the same title. 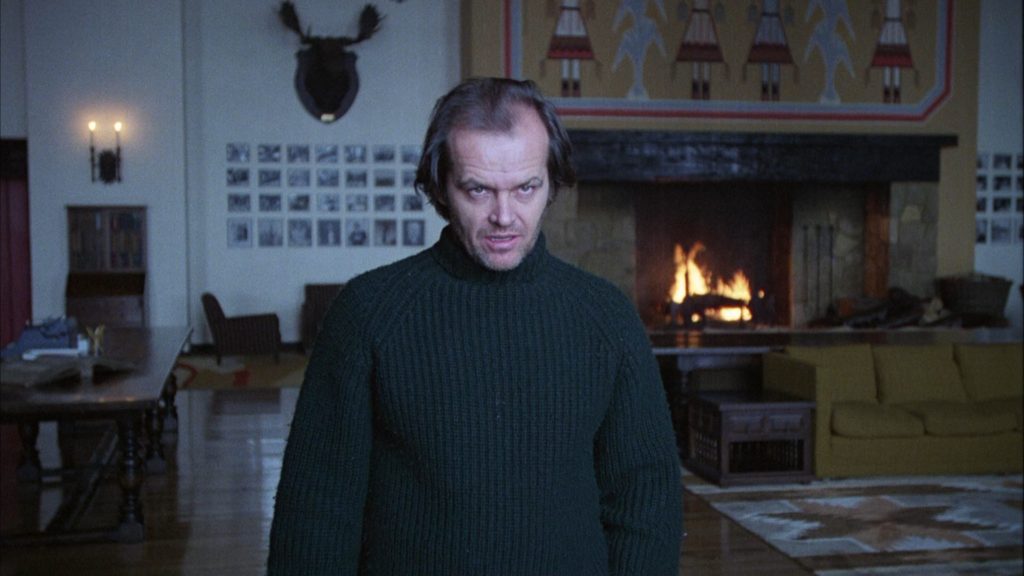 In this section, Jefferson describes the various laws, punishments, and rights guaranteed by the new nation. He makes a point to acknowledge their foundation in English and European laws, sometimes describing them as “variations” (139).

He also goes into great detail about the American institution of slavery. As I mentioned earlier in the brief summary, he believes that slavery should end, but he also believes that, once it is over, the slaves should be sent out of America and replaced with white immigrants. He feels this is the appropriate measure to take partly because of his racial belief that two races cannot (and should not) co-exist. He also wants to separate the races because he seems to fear a sort of slave rebellion or revolution against the white colonists as revenge for their slavery:

Deep rooted prejudices entertained by the whites; ten thousand recollections, by the blacks, of the injuries they have sustained; new provocations; the real distinctions which nature has made; and many other circumstances, will divide us into parties, and produce convulsions which will probably never end but in the extermination of the one or the other race. (145)

Anxieties regarding slave rebellion or a racial war have repeatedly figured within the American gothic mode following Jefferson’s Notes.

He also describes the black race through deeply gothic imagery in order to argue for the inherent differences between the races:

…the difference is fixed in nature, and is as real as if its seat and cause were better known to us. And is this difference of no importance? Is it not the foundation of a greater or less share of beauty in the two races? Are no the fine mixtures of red and white, the expressions of every passion by greater or less suffusions of color in the one, preferable to that eternal monotony, which reigns in the countenances, that immovable veil of black which covers all the emotions of the other race? (145)

He further claims that the American slaves are unable to produce great art, except for music (but not the composition of music). He even claims that the American slave has received all of the ‘advantages’ of learning from their white masters: “…they might have availed themselves of the conversation of their masters” (147). He also critiques Phillis Wheatley’s poetry negatively (147).

Again, he insists that superiority and inferiority are natural and racial, rather than determined by geography and/or experience.

He ends the query with a description of a proposed public school system, emphasizing how it will allow for American citizens from every class to gain an education and, perhaps, succeed in life. He basically describes the American dream.

…it does not depend on the condition of life in which chance has placed them, but is always the result of a good conscience, good health, occupation, and freedom in all just pursuits… we hope to avail the state of those talents which nature has sown as liberally among the poor as the rich, but which perish without use, if not sought for and cultivated.” (153-4)

He also describes the process of discovering the talented and intelligent children through this system as “dismissing” the “residue” so that “the best geniusses (sic) will be raked from the rubbish annually” (153).

Here, he argues that the institution of slavery has “an unhappy influence on the manners of our people” (168). He also claims that it hurts the “industry” of the slave master who no longer needs to work for himself (169).

Also, he once more brings up anxieties surrounding the possibilities of slave rebellion:

And can the liberties of a nation be thought secure when we have removed their only firm basis, a conviction in the minds of the people that these liberties are of the gift of God? That they are not to be violated but with his wrath? Indeed I tremble for my country when I reflect that God is just…a revolution of the wheel of fortune, an exchange of situation, is among possible events: that it may become probably by supernatural interference! … I think a change already perceptible, since the origin of the present revolution. the spirit of the master is abating, that of the slave rising from the dust, his condition mollifying, the way I hope preparing, under the auspices of heaven, for a total emancipation, and that this is disposed, in the order of events, to be with the consent of the masters, rather than by their extirpation. (169)

Again, the fear of a slave rebellion is deeply imbued within the tradition of the American gothic.

Notes on the State of Virginia (1785) by Caitlin Duffy is licensed under a Creative Commons Attribution-ShareAlike 4.0 International License.