Steven Spielberg’s Jaws (1975) is the film that created the summer blockbuster. Its summer release (June 20, 1975) was not exactly planned. The film was supposed to be released in theaters for Christmas 1974, but filming took longer than accounted for by the shooting schedule, causing it to be pushed back to Summer 1975. Prior to Jaws, summer releases were typically the films that were considered the worst by producers, since Americans tended to enjoy the outdoors during the summer as opposed to movie theaters. Jaws, which became the first film to gross over $100 million at the box office, changed all this by becoming the first summer blockbuster. Over 67 million people in the United States saw Jaws in theaters when it was first released.

Jaws not only spawned a number of sequels, but it also helped to spur on the shark horror film. It’s New England beach setting of Amity Island (originally set in Long Island in the original novel) also encouraged the average summer tourist population of Martha’s Vineyard to skyrocket from 5,000 to 15,000.

Three mechanical sharks, which Spielberg named “Bruce” after his lawyer, needed to be made (however, a real shark was used for some of the scenes, including the shark cage scene), each costing approximately $250,000. These sharks were apparently a real nuisance on set and were a major reason for why shooting took so much longer than anticipated. 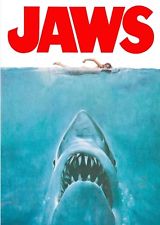 After the mutilated body of a young girl washed up on the shore of  town’s popular beach, police Chief Martin Brody (Roy Scheider) must do what he can to protect the small town of Amity Island. Brody is a recent transplant to the New England island and popular summer vacation from New York City.  Brody, aware of the possibility that this girl may have been killed in a shark attack, begins the process of shutting down the beach, however the town’s Mayor Larry Vaughn (Murray Hamilton) pushes him not to do it, as the beach and tourism is the town’s major source of economy. With the beaches shut down, especially during fourth of July weekend, Vaughn claims that the town would face major economic troubles in the winter. The town’s officials instead offer a money prize to any shark-hunters who can bring in the shark. The shark claims a second victim, this time a young boy in the midst of a crowded beach. Brody’s young son also experiences a close call with the shark when it instead killed a nearby adult male swimmer. They also call in the aid of an oceanographer who specializes in sharks, Matt Hooper (Richard Dreyfuss). Shortly after Hooper’s arrival, a shark is caught, but Hooper argues that this can’t be the same shark that attacked the girl, based on the jaw size. He proves this to Brody by opening up the shark’s belly and determining that no human remains were inside. Brody and Hooper locate Quint (Robert Shaw), a local shark-hunter, and enlist his help in taking down the shark. The shark seems to toy with the hunters, alternatively beckoning them further out into the ocean, and moving under their boat. The men also fight and bicker, especially Hooper and Quint, who seem to have very different ideas of shark-hunting: Hooper has all of the latest technology (including a shark cage), while Quint believes in his basic harpoon, rope, and alcohol.  At one point, Quint even destroys their sole tool of communicating with Amity Island because he feels like that made their adventure too comfortable. Eventually, the shark hits the boat enough that it begins to sink. In a last-ditch effort to kill the shark before they find themselves in the water, Hooper goes in the shark cage, hoping to inject tranquilizers into the shark’s blood stream. Unfortunately, this does not go to plan, and Hooper is forced to hide behind some coral on the sea floor. The shark then jumps onto the ship, causing Quint to slide into its mouth and die (although not without valiant efforts to stab the shark to death). Brody manages to throw a tank of compressed air into the shark’s mouth, then shoot it, causing the shark to explode. To Brody’s delight, Hooper reappears at the water’s surface and the two paddle back to Amity Island.

Quint is eaten by the shark 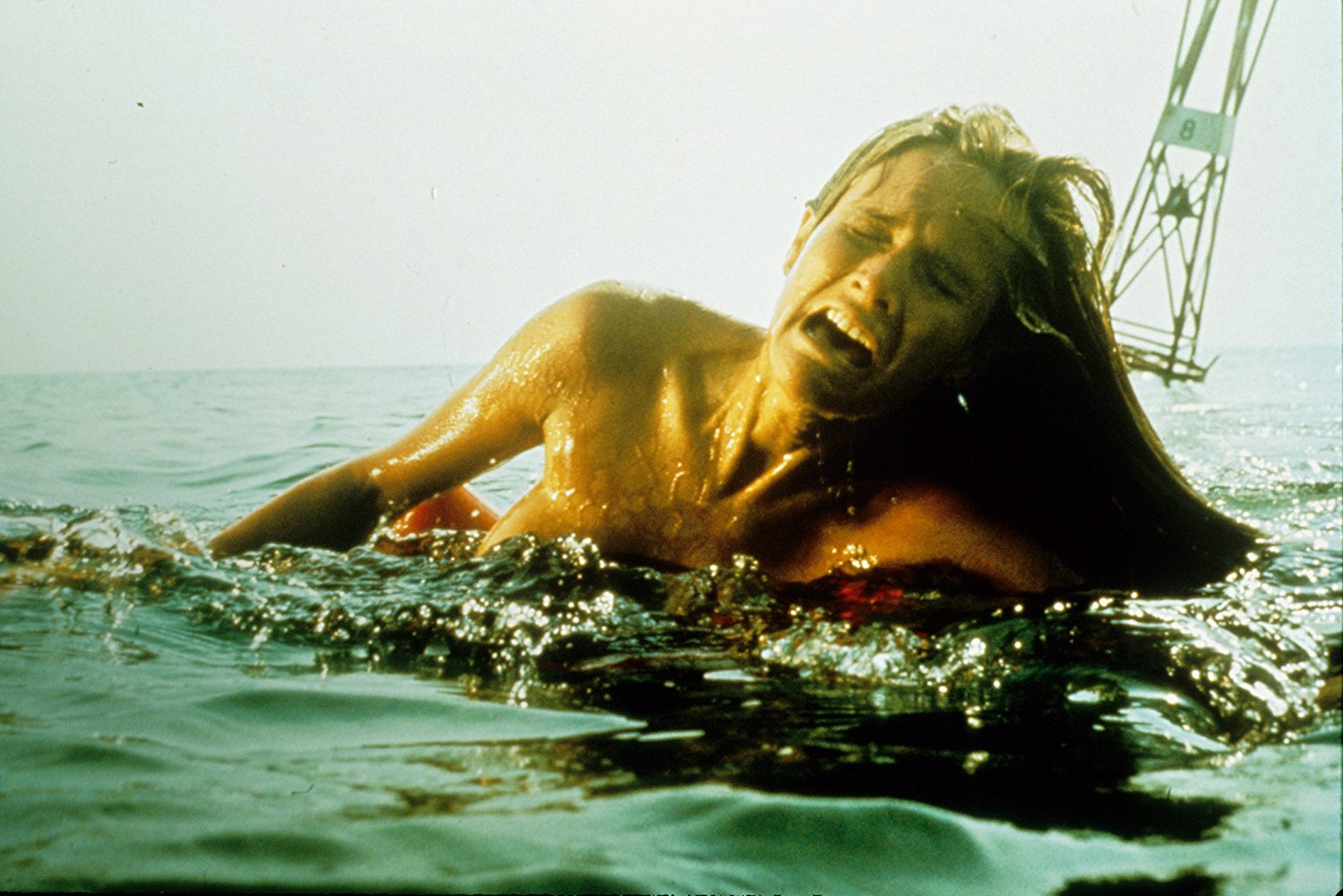 The first victim of Jaws

I view Quint as a sort of frontiersman, living at the edge of nature and man, a relic of the past. Also, notice how the ropes here are reminiscent to the jaws of the shark he’s hunted that were hanging in his shack.

Jaws (1975) by Caitlin Duffy is licensed under a Creative Commons Attribution-ShareAlike 4.0 International License.