Jane Eyre was published in 1847 by Charlotte Brontë under her pen name, Currer Bell. It takes the form of a female bildungsroman and is told entirely through a first-person narrative. It also boasts many gothic elements. Today, Jane Eyre is part of the English canon and is revered as a masterpiece. However, its contemporary critics viewed it quite differently. Both Elizabeth Rigby and Jerome Beaty viewed the novel as too critical of Christianity and too supportive of Jane’s perspective. 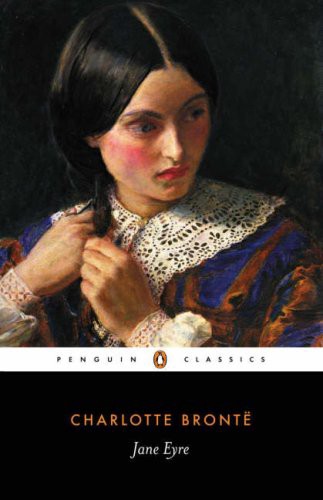 The novel opens with ten-year-old Jane Eyre, a strong-willed orphan who is forced to live with her uncle’s family after her parents died of typhus. Jane’s life is very lonely and depressing at this house, as she is ostracized by the family and bullied by her cousin John. She is locked in the terrifyingly gothic “Red Room” when she “misbehaves.” She is eventually sent to a charity school for girls known as the Lowood Institution, where she and the other girls are treated poorly. At one point, a typhus epidemic sweeps through the school and her good friend Helen Burns dies of consumption. As a young adult, Jane becomes a teacher at Lowood, however, she eventually decides to leave the establishment and become a governess. She finds a governess position open at Thornfield Hall, where she meets her mysterious employer, the wealthy but stern Edward Rochester. Jane is employed to look after Rochester’s ward, the ten-year-old Adèle (who turns out to be Rochester’s illegitimate child whose mother, a French dancer, was one of his mistresses). Jane falls in love with Rochester, however, he is rumored to be engaged to marry the artful and snobbish Blanche Ingram. Eventually, Rochester reciprocates Jane’s feelings and proposes to marry her. Unfortunately, on their wedding day, Jane discovers that Rochester cannot legally marry her, because he already has a wife, a madwoman kept in the attic. This explains the strange noises Jane had heard in the mansion, however it also destroys her relationship with Rochester. He begs Jane to go to France with him, where they could be married, but the moral Jane refuses and secretly leaves Thornfield. She accidentally leaves all of her money and possessions in the coach she had taken, and is forced to sleep outside. St. John Rivers, a clergyman, and his two sisters, Diana and Mary, find Jane collapsed on a doorstep, and take her into their home out of mercy. St. John even finds a teaching position at a nearby village school for Jane. At first, Jane conceals her identity out of fear of Rochester finding her. However, after Mary and Diana leave for their governess jobs, Jane tells St John who she is. St. John  is shocked and tells her that her uncle, John Eyre, had died and left her his entire fortune of 20,000 pounds. He also tells Jane that they are cousins. Jane decides to split the money with all three of her cousins so that Mary and Diana no longer have to work. St John asks Jane to marry him and travel to India as a missionary’s wife, however, Jane ultimately declines the offer. Jane hears Rochester’s disembodied voice calling her back to Thornfield. She obeys this mystical call only to find Thornfield burned to the ground. Jane learns that Mr. Rochester’s wife had set the house on fire and committed suicide by jumping from the roof. Rochester attempted to rescue her, however, in the process, he lost a hand and his eyesight. Upon the reunion, Jane tells him she still loves him, despite his now horrible appearance. Rochester proposes marriage again, and this time, they are married. Through Jane’s continued nursing, Rochester eventually gains back enough of his sight to see their newborn son.

…there were my trunks, packed, locked, corded, ranged in a row along the wall of my chamber; to-morrow, at this time, they would be far on their road to London: and so would I (D.V.) – or rather, not I, but one Jane Rochester, a person whom as yet I knew not. The cards of address alone remained to nail on: they lay, four squares, in the drawer. Mr. Rochester had himself written the direction, ‘Mrs. Rochester, — Hotel, London,’ on each: I could not persuade myself to affix them, or to have them affixed. Mrs. Rochester! She did not exist: she would not be born till to-morrow, some time after eight o’clock a.m.; and I would wait to be assured she had come into the world alive before I assigned to her all that property. It was enough that in yonder closet, opposite my dressing-table, garments said to be hers had already displaced my black stuff Lowood frock and straw bonnet: for not to me appertained that suit of wedding raiment; the pearl-coloured robe, the vapoury veil pendent from the usurped portmanteau. (317)

It is because of these changes that Jane feels she is in danger of losing her familiar self in favor of a new identity, Mrs. Rochester. Ironically, she claims that there is no “Mrs. Rochester” yet extant in the world, still ignorant of Mrs. Rochester’s habitation in the attic of Thornfield. This Mrs. Rochester- Bertha- a Creole woman who has fallen victim to madness, is clandestinely locked away in the attic behind a secret door. She is described as an unhuman creature who has lost all sense of femininity, she is beastly and violent. Through marrying her, Mr. Rochester has thoughtlessly brought his imperial conquests home into the domestic sphere. The collision of empire and domestic life is a fearful prospect: to bring home the shadow of imperialism would be to bring wild violence into civilized England. Due to Rochester’s unfortunate bond with Bertha, the phantom of imperialism haunts Thornfield and frightens Jane on numerous occasions. The encroachment of the outsider into the English domestic sphere is keenly felt in this passage. Were Jane to affix “Mrs. Rochester” to her property, these items would no longer belong to her, but rather to Bertha. Jane unconsciously senses this issue and thankfully yields in placing the name onto her suitcases; however, Jane is not completely victorious against Bertha’s infiltration. It is no mistake that Jane’s meditation regarding her name and property take place following the night when the madwoman penetrated Jane’s bedroom to violently destroy her bridal veil (326-27). Jane’s bedroom, what was once her private safe haven, has become vulnerable to domination by Bertha Rochester.  Following this event, Jane is instructed by Rochester to relinquish her possession of the bedroom and sleep instead with Adèle in the nursery (329).  Jane has lost the real estate of both her closet and her bedroom to the invading Mrs. Rochester.

Eventually, Jane is faced with the horrifying fact that Mr. Rochester is already married to Bertha. By marrying Bertha, Rochester has performed one of the cardinal sins of imperialism: he had attempted to create a family with a foreign outsider instead of a proper British woman. Had Rochester not affixed his name to Bertha Mason, just as Jane divined not to affix “Mrs. Rochester” to her luggage, perhaps this novel would read much more like a typical English romance.  Jane and Rochester would be able to join together in their natural roles of husband and wife without much complication.

I saw nothing, but I heard a voice somewhere cry- “Jane! Jane! Jane!”- nothing more….it did not seem in the room, nor in the house, nor in the garden; it did not come out of the air, nor from under the earth, nor form overhead. I had heard it- where, or whence, for ever impossible to know! And it was the voice of a human being- a known, loved, well-remembered voice- that of Edward Fairfax Rochester; and it spoke in pain and woe, wildly, eerily, urgently. (483)

…Said Miss Abbot, “… Say your prayers, Miss Eyre, when you are by yourself; for if you don’t repents, something bad might be permitted to come down the chimney and fetch you away.” They went, shutting the door, and locking it behind them. The red-room was a spare chamber, very seldom slept in: I might say never, indeed, unless when a chance influx of visitors at Gateshead Hall rendered it necessary to turn to account all the accommodation it contained… A bed supported on massive pillars of mohagony, hung with curtains of deep red damask, stood out like a tabernacle in the century, the two large windows, with their blinds always drawn down, were half shrouded in festoons and falls of similar drapery; the carpet was red; the table at the foot of the bed was covered with a crimson cloths the walls were a soft fawn colour, with a blush of pink in its the wardrobe, the toilet-table, the chairs, were of darkly polished old mahogany. Out of these deep surrounding shades rose high, and glared white, the piled-up mattresses and pillows of the bed, spread with a snowy Marseilles counterpane. Scarcely less prominent was an ample cushioned easy chair near the head of the bed, also white, with a footstool before it, and looking, as I thought, like a pale thrown… Mrs Reed herself, at far intervals, visited it to review the contents of a certain secret drawer in the wardrobe, where were stored divers parchments, her jewel-casket, and a miniature of her deceased husband; and in those last words lies the secret of the red-room- the spell which kept it so lonely in spite of his grandeur. Mr. Reed had been dead nine years: it was in this chamber he breathed his last; here he lay in state; hence his coffin was borne by the undertaker’s men; and, since that day, a sense of dreary consecration had guarded it from frequent intrusion. (16-17)

This section not only uses gothic convention, but it also sets up the mystery that later surrounds Rochester and Bessie. Immediately after this description of the room, Jane looks at her reflection in the mirror and is terrified because she thinks it is a ghost. This also sets up Jane’s later identity as “Mrs. Rochester,” a name which she almost shares with the ghostly Bessie in the attic.