George Romero’s Night of the Living Dead (1968) is one of the most successful independent movies ever made. It had a budget of just $144,000 and grossed approximately $30 million (more than 263 times the budget)! In today’s money, that would be a budget of $798,000 earning a gross of $210 million. NOTLD is also one of the final films to be released prior to the US parental rating system, which was instituted in November 1968 while the film premiered in October 1968. The 1960’s represent a major turning point in horror cinema, because this is when the horror genre transitioned from the classical period into the modern era of horror (most significantly because of 1960’s Psycho). The marketing of NOTLD (including its title and the over-dramatic trailer and poster) made it seem like it was a B-rated science fiction/horror picture, a popular sub-genre at the time for kids and teenagers of the Cold War era. However, this film was far more mature than any of the B-rated monster movies that came before it. In tackling pressing issues of the United States (the changing American family, television broadcasts, loss of trust in the American government, racial unrest, racism, and the civil rights movement, etc), NOTLD is a very subversive and mature film. Also, the level of gore and disturbing imagery (a young girl killing and eating her parents, for example) was shocking to its audiences. Romero claims that unsuspecting children audience members were seen crying throughout the film.

Duane Jones, who played Ben, managed to change a lot in the script. Ben was originally meant to be an uneducated truck driver (no race specified), however, Jones, an academic himself (he taught theatre at SUNY Westbury!), felt that it would be important to represent a black character as educated. Romero agreed, and he and Jones figured out the character of Ben together. However, one aspect of the character that Romero (and the other all-white team of writers) refused to change was Ben’s anger. Jones argued that it would be playing into stereotypes to represent Ben as an angry black man, but Romero and the team felt it would be “hip” to keep Ben like that, a decision Romero later regretted.

This film is vitally important in the creation of the modern zombie. NOTLD created a number of zombie tropes: their cannibalism, their slow walk, and the need to aim for their head in order to kill them. Despite all this, the word “zombie” is never used. Instead, the monsters are called “ghouls.” The film also never clearly states a reason for why the outbreak occurred. Instead, there is only the supposition that it was the result of radiation from a detonated satellite returning from Venus. 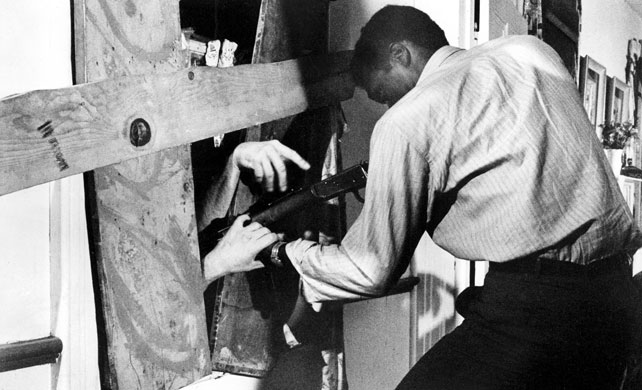 Ben keeps zombies out of the home

Barbra (Judith O’Dea) and her brother Johnny (Russell Streiner) are visiting the gravestone of their grandfather when a zombie attacks her. Johnny tries to fit it off, but is killed. Barbra escapes to a local home, where she discovers a corpse on the second floor. Ben arrives to the house and tries to help calm her down, but she ultimately becomes catatonic and paralyzed by fear. Ben boards up the windows and tries to push the approaching zombies back after discovering that they are afraid of light. After shooting at a number of zombies with a shotgun he found in a closet, Ben discovers also that zombies can be killed only through a shot to the head. The sounds of the gun causes the group of people hiding in the basement, Harry and Helen Cooper (Karl Hardman and Marilyn Eastman), their sick daughter, Karen (Kyra Schon), and Judy (Judith Ridley) and Tom (Keith Wayne), to appear. Harry Cooper tries to take control away from Ben and orders everyone into the cellar. Ben refuses. They find a television and watch news broadcasts covering the epidemic. They make an attempt to drive to a government safe zone, but Tom and Judy die in an explosion resulting from Tom’s poor ability to put gas into the car. Ben returns to the house and shoots Harry when he continues to threaten Ben and question his leadership. Harry falls into the cellar, where his sick daughter rests. She has died and turned into a zombie. She eats her father’s corpse. Helen goes downstairs to find the bloody scene. Karen kills her mother with a shovel and eats her body as well. Ben is the only remaining survivor. He shoots the Coopers in the head and hides in the basement for the rest of the night. The next morning, a rescue team finds the house. Ben cautiously approaches the window, holding a gun. The rescue team mistakes his shadow for a zombie and shoots him in the head. 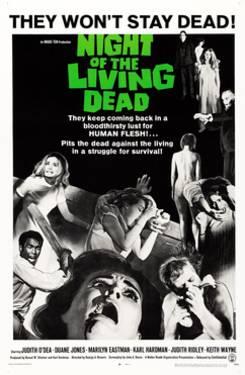 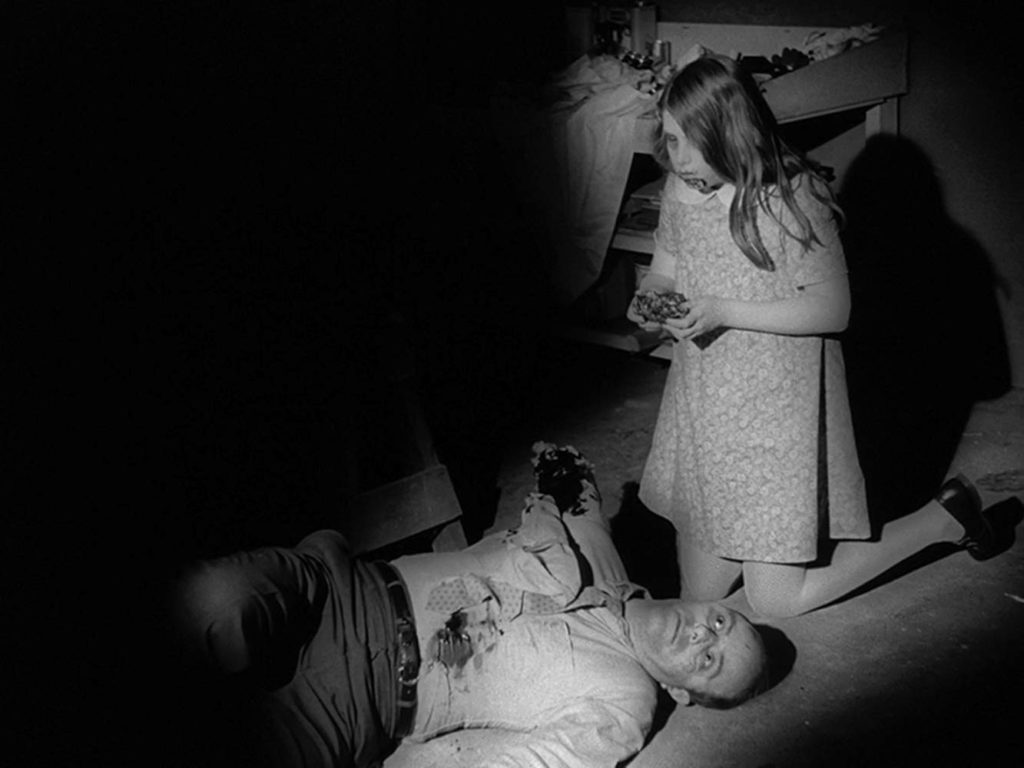 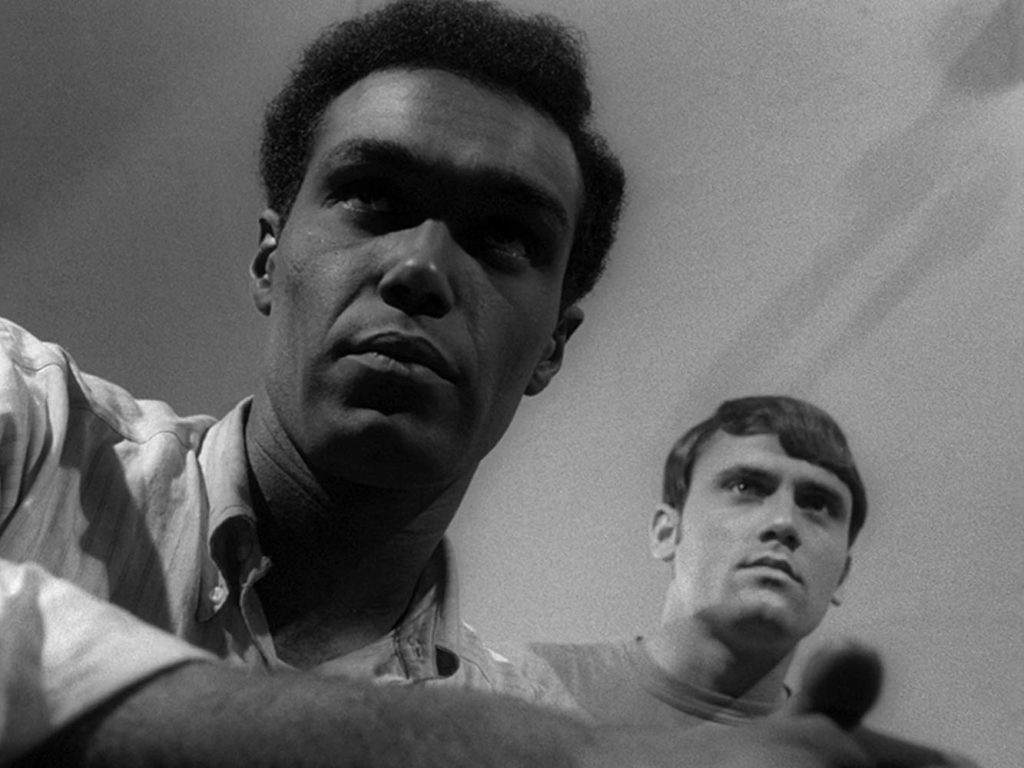 Night of the Living Dead (1968) by Caitlin Duffy is licensed under a Creative Commons Attribution-ShareAlike 4.0 International License.