“Ligeia,” one of Edgar Allan Poe’s earlier short stories, was first published on September 18, 1838, in an edition of the American Museum, which was edited by two of Poe’s friends, Dr. Nathan C. Brooks and Dr. Joseph E. Snodgrass. Poe received $10 for the story. Following its original publication, Poe revised it considerably on numerous occasions. For example, “The Conqueror Worm” poem was not incorporated into the text until its 1845 publication in the New World. 1 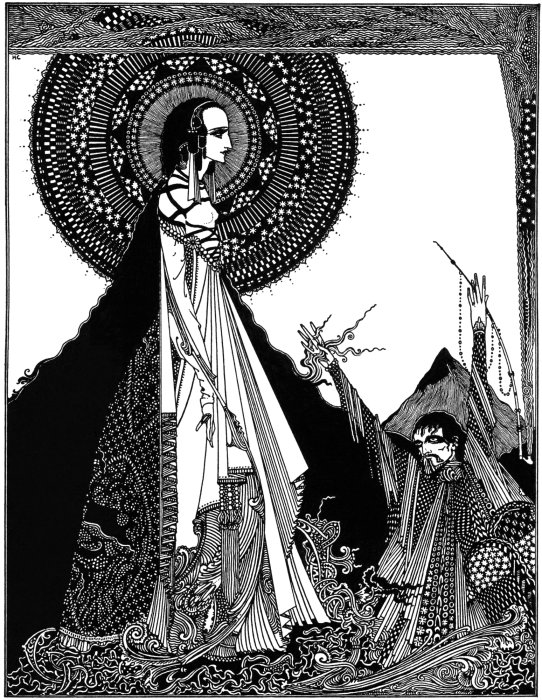 The unnamed narrator of the story tells the reader all about his love, the beautiful, raven-haired Ligeia. Although he fails to remember anything about Ligeia’s history or her family, he remembers her unconventional, dark beauty as well as his time spent with her. After the two were married, the narrator learned about Ligeia’s immense intelligence and knowledge. She masters multiple classical languages, understands science and mathematics, and is well acquainted with metaphysical knowledge. Eventually, Ligeia grew ill and died, but not until after she shares a poem with the narrator titled “The Conquerer Worm.” The narrator is devastated and moves to England where he buys and restores an old abbey. He also eventually marries the fair-haired Lady Rowena Trevanion, of Tremaine despite not truly loving her. Rowena grows sick early in their marriage. One night, the narrator pours her some wine to calm her nerves, but he notices blood-like liquid fall into the glass. Of course, the narrator admits that he had taken some opium, so this vision may simply be attributed to the effects of the drug. A few days later, Rowena grows more sick and dies. Her body is wrapped for the funeral and the narrator must stay up with the corpse overnight. He notices that Rowena’s face seems to strangely revive and re-gain its old color. However, her moments of revival continuously fail, causing her repeatedly to relapse into death. The narrator tries to revive her, believing that she might really have been alive this whole time, however, all of his attempts fail. The narrator returns to his seat when Rowena’s body revives again, sits up, stands up, then walks to the middle of the room. The narrator, excited by this sudden revival, stands up, walks to Rowena and touches her. At the moment of his touch, the wrappings on her head fall, revealing the dark, raven hair of Ligeia. The narrator notes that her eyes also have changed into the eyes of Ligeia.

Yet her features were not of that regular mould which we have been falsely taught to worship in the classical labors of the heathen. “There is no exquisite beauty,” says Bacon, Lord Verulam, speaking truly of all the forms and genera of beauty, “without some strangeness in the proportion.” Yet, although I saw that the features of Ligeia were not of a classic regularity- although I perceived that her loveliness was indeed “exquisite,” and I felt that there was much of “strangeness” pervading it, yet I have tried in vain to detect the irregularity and to trace home my own perception of “the strange.” …The “strangeness,” however, which I found in the eyes, was of a nature distinct from the formation, or the color, or the brilliancy of the features, and must, after all, be referred to the expression. Ah, word of no meaning! behind whose vast latitude of mere sound we intrench our ignorance of so much of the spiritual. (112-113)

This passage stood out to me because it reminds me a lot of Poe’s “The Philosophy of Composition” in which Poe argues that beauty lies in the effect of the poem (or fictional writing.)

…a similar increase in the nervous irritation of her temperament, and in her excitability by trivial causes of fear. She spoke again, and now more frequently and pertinaciously, of the sounds- of the slight sounds- and of the unusual motions among the tapestries, to which she had formally alluded. (121)

Ligeia (1838) by Caitlin Duffy is licensed under a Creative Commons Attribution-ShareAlike 4.0 International License.