Because of the extremely rigid and mechanical process which Poe describes in “The Philosophy of Composition,” many believe that the essay is a form of satire. 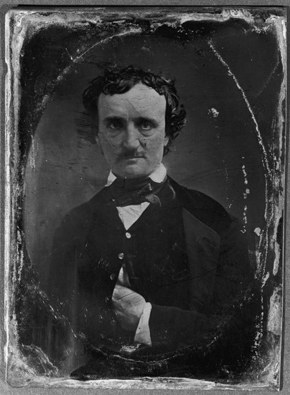 Poe opens the essay stating that he will share his ideal process of creating literature. He uses “The Raven” to illustrate this method, claiming that it was created through this deliberate, mechanical process rather than through “spontaneous creation.” He claims that one must always have the denouement and the “effect” in mind as he or she writes. Poe also focuses on three main elements of the process:

“The Philosophy of Composition” (1846) by Caitlin Duffy is licensed under a Creative Commons Attribution-ShareAlike 4.0 International License.