William Apess (1798-1839) was supposedly a descendent of the Wampanoag leader King Philip, or Metacom. His father was of mixed blood, but joined the Pequot tribe and married an Indian woman, who may have also been part African American. Apess lead a very difficult life: at the age of three he lived with his poor and alcoholic maternal grandparents; at four or five, he was sold into indentured servitude. Thankfully, his first master allowed Apess to attend school for six years and to learn and practice Christianity. In 1833, Apess was an itinerant preacher, and preached in Mashpee, the last remaining Indian town in Massachusetts. Apess helped the Mashpee to legally demand their right to govern their own town, as all other Massachusetts commonwealths did.

This essay is the final part of his The Experiences of Five Christian Indians of the Pequo’d Tribe (1833). 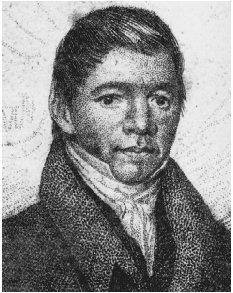 In this essay, Apess argues for racial equality in America. He does this effectively through a number of rhetorical strategies. He opens by describing the “degraded” state in which American Indians must live- in particular, he highlights the destruction of the traditional family unit (“…children half-starved and some almost as naked as they came into the world….the females are left without protection, and are seduced by white men, and are finally left to be common prostitutes…”) that pervades the reservations. He also argues that Indian men should be allowed to receive an education, for without that, they have no hope or ability to achieve the American dream. He uses the Christian religion and the Bible as grounds to argue against white supremacy and ill treatment of American Indian and black American populations. He states that it is the work of evil white members of government who disenfranchise American Indians for nothing more than their skin color. He argues that white skin, however, is attached of the greatest historical crimes. He uses passages from the Bible to defend his claim that God loves with “pure love” that looks beyond skin color to judge of man’s inner goodness. Because of their hatred of other races, Apess warns that the white man will not be judged well in God’s eyes. He also mentions that laws refusing interracial marriages stands against “the laws of God and nature” and prevents people from behaving morally.

Throughout this essay, Apess employs a probing, ironic voice which asks questions directly to its reader.

Perhaps some unholy, unprincipled men would cry out, “The skin was not good enough”; but stop, friends- I am not talking about the skin but about principles. I would ask if there cannot be as good feelings and principles under a red skin as there can be under a white.

Now suppose these skins were put together, and each skin had its national crimes written upon it- which skin do you think would have the greatest?

“An Indian’s Looking-Glass for the White Man” (1833) by Caitlin Duffy is licensed under a Creative Commons Attribution-ShareAlike 4.0 International License.