Ralph Waldo Emerson’s essay “Nature” was published by James Munroe and Company in 1836. It was controversial to some who criticized Emerson’s transcendental beliefs, however, it also became a highly influential text. For example, Henry David Thoreau read “Nature” while a senior at Harvard College and eventually wrote Walden while living in a cabin on land that Emerson owned. “Nature” is also considered the text that first presents Emerson’s transcendentalism.1 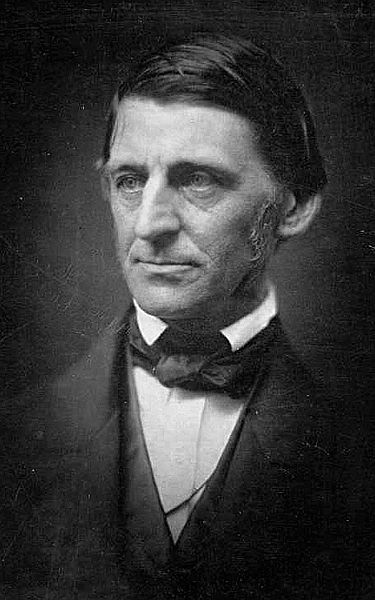 In an attempt to provide a solution, Emerson discourses about the problem that humans don’t fully appreciate and accept nature’s beauty. According to Emerson, people are distracted by the trappings and demands of society and cannot truly receive nature’s many gifts for this reason. He organizes the essay in eight sections: Nature, Commodity, Beauty, Language, Discipline, Idealism, Spirit, and Prospects.

Emerson argues that, in order to fully receive the benefits of nature, humans must entirely separate themselves from the distractions and demands of society. It is only through this situation that we can hope to experience the “wholeness” with nature which we were naturally meant to enjoy. He believes that “solitude” is the only state that would allow humans to experience this wholeness. Even items like books would prevent one from being truly in solitude. The wholeness which humans can experience in their true relationship with Nature is a spiritual relationship for Emerson, one that allows humans to become their ideal selves.

“Nature” (1836) by Caitlin Duffy is licensed under a Creative Commons Attribution-ShareAlike 4.0 International License.