“The Murders in the Rue Morgue” by Edgar Allan Poe was first published in Graham’s Magazine in April 1841. It’s considered to be the first modern detective story. Poe referred to it as one of his “tales of ratiocination.” It features C. Auguste Dupin, who also appears in “The Purloined Letter.”

The story begins with an explanation of the process of ratiocination. Dupin demonstrates his abilities by deducing his companion’s (the narrator and friend of Dupin) thoughts. Dupin and the narrator then work to solve the double murder of Madame L’Espanaye and her daughter at their home in the Rue Morgue, Paris. The murder baffles police because of the brutal and strange crime scene. The mother was found in the yard behind the house with broken bones and a throat cut so deeply that her head falls off when her body was moved by the police. The daughter was strangled to death and stuffed upside down into the chimney. Their fourth-floor apartment was locked from the inside and contained two bags of gold coins. Different witnesses all report hearing two voices: one that was male and French, but they all disagreed on the voice of the other, claiming that the speech and language were too unclear to decipher. Dupin offers his services to the police prefect, “G-,” and he and the narrator explore the crime scene for themselves. After an exhaustive search of the apartment, Dupin concludes that an “Ourang-Outang” or orangutan killed the two women. He places an advertisement in the local newspaper asking if anyone has lost an orangutan, and a sailor soon responds to the ad. The sailor reveals that he saw the orangutan kill the two women, and decides to sell the animal after admitting that he has had trouble controlling it. Le Bon, the man originally accused of the crime, is released from custody. 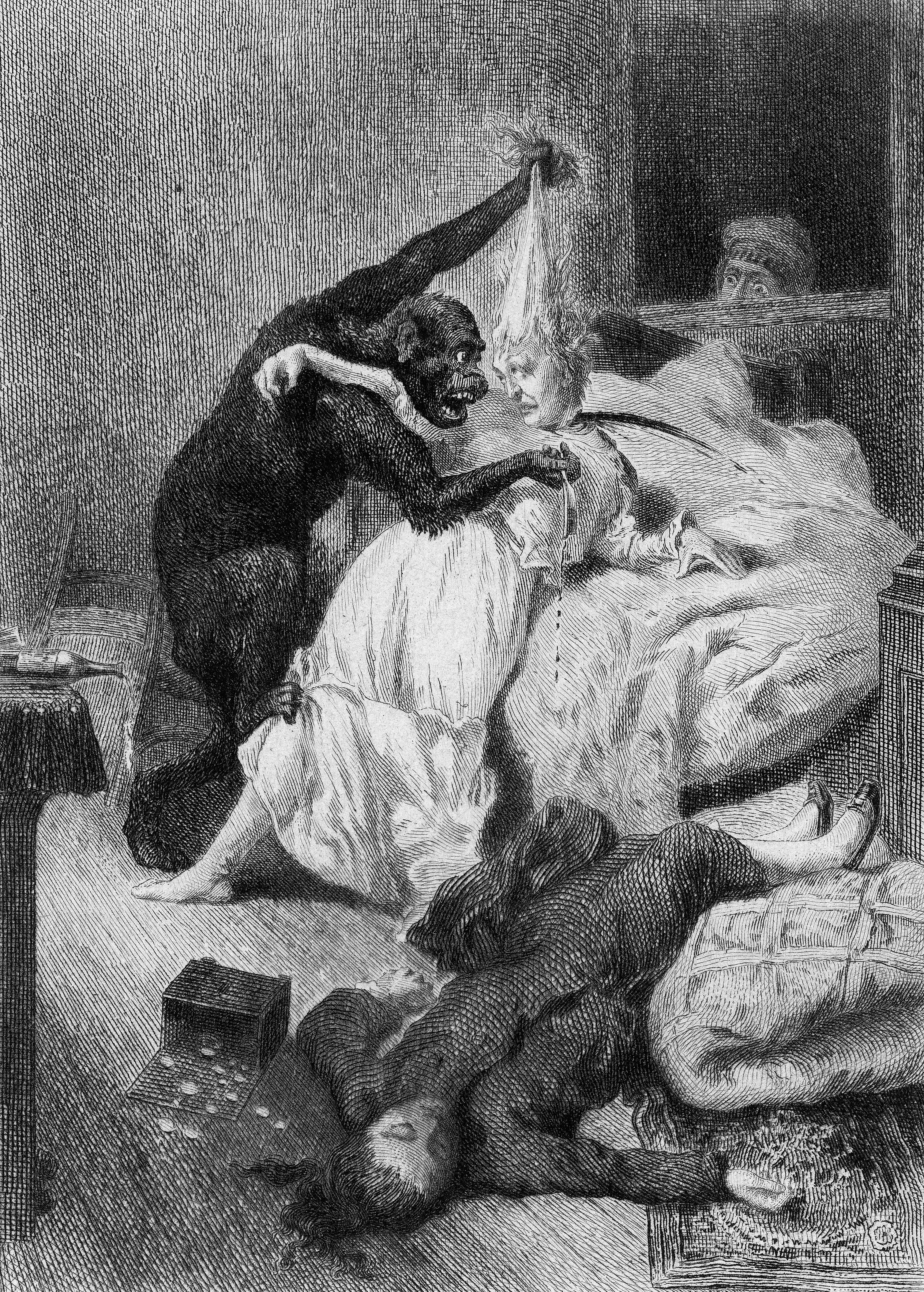 “The Murders in the Rue Morgue” (1841) by Caitlin Duffy is licensed under a Creative Commons Attribution-ShareAlike 4.0 International License.