The Woman in White (1859-60) was Wilkie Collins’s fifth published novel and is considered to be the first sensation novel. The format in which the novel is written, through the written testimony of different characters, was extremely innovated and allowed readers to becoming proximate to the sensations of the novel’s characters.

According to Matthew Sweet, “The rise of the sensation novel was intimately connected with the development of Victorian consumer culture” which emphasized “large-scale spectacular entertainments” (xiv). Along with sensation fiction, the Victorian public sought out live performances that would disorient and thrill them, including demonstrations of new technologies like “zoetropes, panoramas, dioramas, neoramas, nausoramas, physioramas” (ibid.) and other displays like tightrope walks, “freak shows,” and sensation dramas (xiv-xv). The Woman in White was extremely successful, first as a serialized publication and later as a published novel. It became a common dinner-table topic, bets were placed on the plot’s development, and, eventually, items like The Woman in White perfume and clothing were merchandized for avid fans to purchase.

There were some critics who believed that the sensation novel was threatening to the British public. For example, Margaret Oliphont wrote in Blackwood’s Edinburgh Magazine that “The violent stimulant of serial publication- of weekly publication, with its necessity for frequent and rapid recurrence of piquant situation and startling incident- is the thing of all others most likely to develop the germ, and bring it to fuller and darker being. What Mr. Wilkie Collins has done with delicate care and laborious reticence, his followers will attempt without any such direction” (xvii-xviii). Additionally, Edward Bulwer-Lytton, who famously had his ex-wife Rosina committed to the Wyke House Lunatic Asylum in Brentford, described The Woman in White as “great trash” (xxix-xxx). Unsurprisingly, Rosina loved Collins’s novel.

Finally, at the end of the 1850’s, England was experiencing a “lunacy panic” in which there were numerous cases of people wrongfully diagnosed and committed to asylums (xxvi). This raised questions and possibilities of members of the public placing their relations into asylums for financial reasons (like Lord Percival in The Woman in White) or using asylums as a means to “dispose of troublesome women” (xxviii). 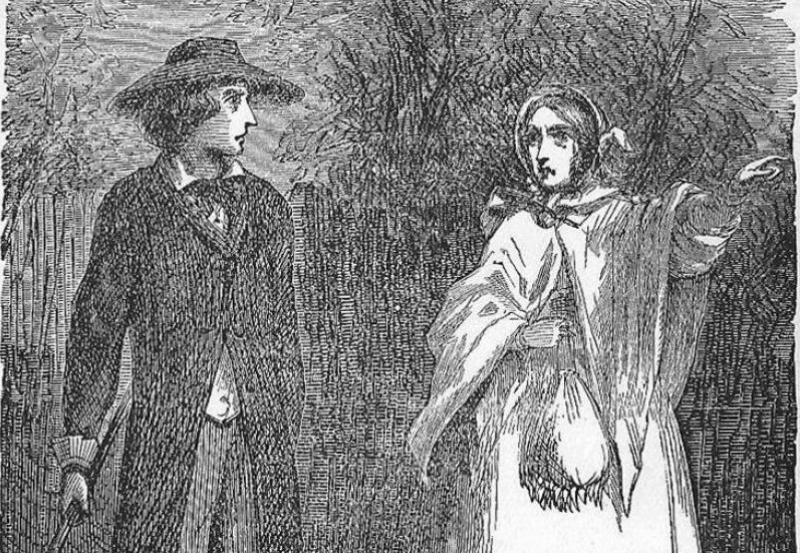 On his last night in London before traveling to Limmeridge House in Cumberland to work as a drawing master to Laura Fairly and Marian Halcombe, Walter Hartright encounters and assists a mysterious, distressed, and lost woman wearing all white. The next day, Hartright assumes his new role and meets the two half-sisters who are his students. He finds Marian to be masculine and devoted to Laura, while he finds Laura to be almost immediately bewitching despite her startling resemblance to the woman in white. Through Marian’s help, Walter discovers also that the woman in white is known to the household as Anne Catherick, a mentally-disabled child who lived near the area and who formed a devoted connection to Laura’s mother, who first encouraged her to dress all in white.

Walter and Laura quickly fall in love, however, Laura’s established engagement to Sir Percival Glyde, Baronet makes these feelings impossible to encourage. Marian advises Walter to leave as quickly as possible. Laura receives an anonymous letter warning her against marrying Sir Percival. Walter, who agrees to leave Limmeridge, also strives to help Marian to deduce the meaning and the author of the anonymous letter, which they don’t deliver to Laura out of fear of upsetting her delicate feelings.  Walter deduces that the letter must have been written by Anne Catherick and that Glyde originally placed Anne in the asylum. Despite the presence of this letter (Sir Percival proves his innocence to Marian based on his behavior after arriving to Limmeridge), the family lawyer’s misgivings regarding the marriage settlement which will give the entirety of Laura’s fortune to Glyde if she dies without an heir, and Laura’s confession to Glyde that she loves another man, Laura and Glyde marry and travel to Italy for six months. Walter joins a dangerous expedition to Honduras.

After their trip to Italy, Laura and Glyde return to his house, Blackwater Park in Hampshire and are joined by Glyde’s friend, Count Fosco, and his wife, who happens to be Laura’s aunt. Marian moves to Blackwater in order that the two half-sisters may continue living together. Glyde’s behavior now that he is married to Laura is completely different from his behavior at Limmeridge. After learning that Glyde is in financial straits, she watches Glyde attempt to bully his wife into signing a document that would allow him to use her marriage settlement of 20,000 pounds. Laura refuses because Glyde refuses to explain the document to her. Anne travels to Blackwater and attempts to secretly meet with Laura, claiming that she holds a secret that could ruin Glyde. Fosco and Glyde concoct a scheme to get Laura’s money and to be rid of Anne’s meddling influences. Marian overhears part of their plan, but contracts typhus while standing in the rain listening to the two men.

While Marian is ill, Laura is tricked into traveling to London under the false belief that Marian had already traveled to London on her way home to Limmeridge. During her travels, Laura and Anne are switched: Laura is sent, wearing Anne’s clothes and heavily drugged, to the private asylum as Anne, while Anne dies of a heart disease and is buried as Laura. Marian visits the asylum once she is well and finds Laura in Ann’s place. When Laura claims her true identity as Laura, she is dismissed as bearing a deluded mind. Marian bribes the nurse and manages to sneak Laura out of the asylum. Walter returns from Honuras and meets the two half-sisters. The three live together in London and make plans to restore Laura’s identity. Walter discovers Glyde’s secret: he was illegitimate and is therefore not entitled to inherit his title or property. Glyde attempts to incinerate the incriminating documents of his birth, but instead accidentally perishes himself in the flames. Walter also speaks to Anne’s mother, Jane Catherick, and learns that Anne never actually knew Glyde’s secret.

In order to prove Laura’s identity, Marian observes that Anne probably died before Laura’s trip to London, however, only Count Fosco has the exact knowledge of the dates and times. Walter learns that Anne was the illegitimate child of Laura’s father, which is why the two looked so similar. He also learns that Fosco betrayed an Italian nationalist society and this knowledge allows Walter to force a written confession from Fosco in exchange for safe-passage from England. Laura’s identity is finally legally restored thanks to these documents and the inscription on the gravestone is replaced with Anne Catherick’s name. Fosco is killed by another agent of the Italian nationalist society. Walter and Laura married prior to her identity being restored. 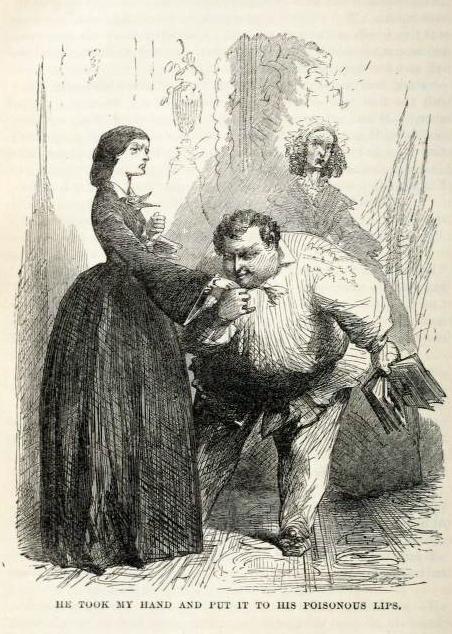 The Woman in White (1859-60) by Caitlin Duffy is licensed under a Creative Commons Attribution-ShareAlike 4.0 International License.