Middle march is a novel first published in eight installments from 1871-2 by George Eliot (Mary Anne Evans). It’s set in the fictional British town of Middlemarch during 1829-32. The novel covers several important events, including the 1832 Reform Act, the beginning of the railways, and the death of King George IV, along with the succession of his brother, the Duke of Clarence, King William IV.  The novel also highlights issues of women and contemporary medicine, along with the reactionary views of a settled community facing unwelcome change. 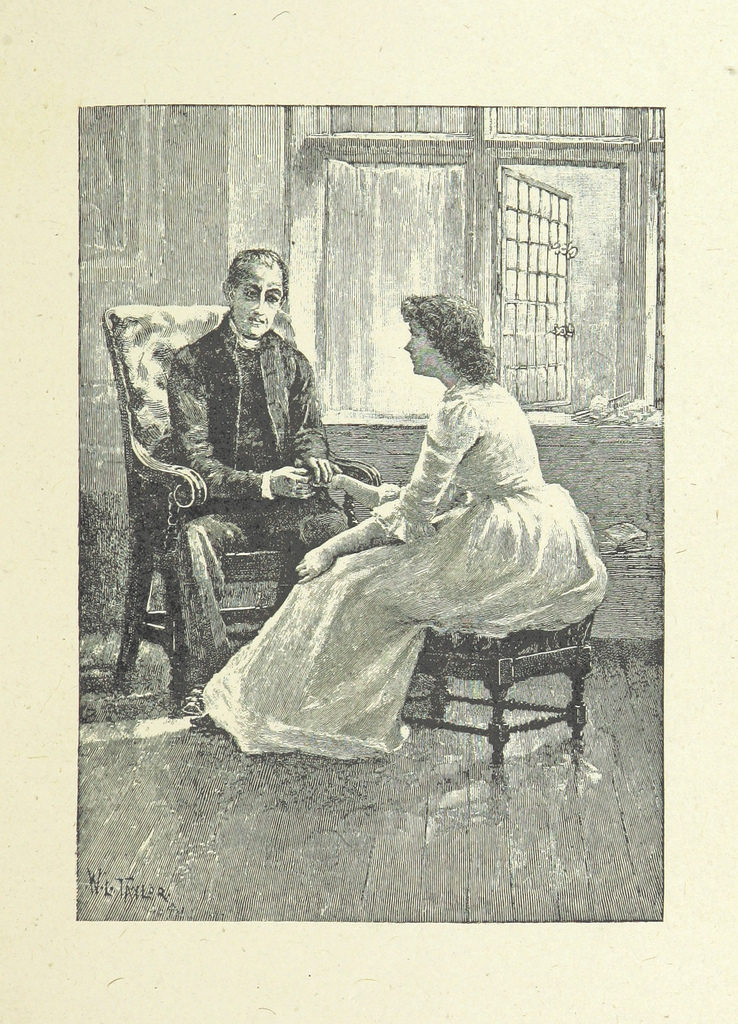 The novel focuses on numerous different characters, all of whom are residents of Middlemarch from 1829 onwards. To better organize this summary, I follow the organization used by the novel’s Wikipedia page, which highlights three-four distinct plots: the life of Dorothea Brooke, the career of Tertius Lydgate, the courtship of Mary Garth by Fred Vincy, and the disgrace of Nicholas Bulstrode.

Dorothea Brook is a 19-year-old orphan, living with her younger sister Celia, under the guardianship of their uncle, Mr. Brook. Dorothea is an extremely pious woman, whose main hobby involves the renovation of buildings belonging to the tenant farmers. However, her uncle and Celia both fail to understand Dorothea’s interests. Dorothea is courted by Sir James Chettam, but she remains oblivious to his advances. Instead, she accepts the proposal of the Reverend Edward Casaubon, who is much older than her (45), causing Chettam to turn his attractions towards Celia.

Dorothea and Casaubon go on their honeymoon to Rome, where they begin to experience the first tensions in their marriage. Dorothea discovers that Casaubon has no interest in including her in his intellectual and charitable pursuits, the main reason why she married him. She meets Will Ladislaw, Casaubon’s much younger cousin (closer in age to Dorothea) whom her husband supports financially. Ladislaw is almost immediately attracted to Dorothea, but, because she remains oblivious, the two become friends.

Fred and Rosamond Vincy are the eldest children of Middlemarch’s mayor. Fred never finished university to become a clergyman and is considered to be an idle failure who is able to coast because he is the presumed heir of the rich and childless uncle, Mr. Featherstone. Fred is in love with Mary Garth, Featherstone’s companion as well as a niece through marriage, despite the fact that she is considered plain.

Fred becomes deep in debt and is unable to pay back the money. He had asked Mr. Garth, Mary’s father, to co-sign for the debt, and Fred now tells him that he must forget it. As a result, Mrs. Garth’s savings, which represented four years of income she had saved for the education of her eldest son and Mary’s savings, must be given up for Fred’s debt. Mr. Garth warns Mary against marrying Fred.

Fred becomes ill, but is cured promptly by Dr. Tertius Lydgate, the new doctor in Middlemarch. Lydgate had new ideas and practices revolving around medicine and sanitation, including the belief that doctors should prescribe but not themselves dispense medicines. These new beliefs cause him to become the focus of a lot of hatred from the older, more established doctors in Middlemarch. Rosamond Vincy, who is well-educated and seeks to make a good match, decides to marry Lydgate, using Fred’s sickness as an opportunity to get close to the doctor. At first, the doctor only believes that Rosamond is a flirt, and backs away from her. However, he soon discovers that the rest of the town believes them to be already engaged, Lydgate feels forced into proposing marriage.

At about the same time, Casaubon and Dorothea have returned from Rome and Casaubon suffers a heart attack. Lydgate, who is called upon to help Casauboun, informs Dorothea that her husband’s illness and recovery is difficult to ascertain, and the he may live another 15 years provided that he takes it easy and stops studying, however it is also possible that the disease may develop rapidly regardless of how careful Casaubon is. As Fred recovers, Featherstone becomes ill. On his deathbed, Featherstone reveals that he has two wills and tries to get Mary to help him by destroying the will he no longer wants to use. Unwilling to get involved in the business of the wills, Mary refuses, and Featherstone dies with two wills still intact. His plan had been to give ten thousand pounds to Fred, but the estate and fortune were instead given to his illegitimate son of his, Joshua Rigg due to the presence of the two wills.

In poor health, Casaubon tries to get Dorothea to promise that, if he dies, she would avoid doing what he hates and instead do what he would want. Before she can reply, he dies. She soon learns that there is a provision in her late husband’s will that, if she marries Ladislaw, she will loose her inheritance. Because of the way that his will was written, there becomes a general suspicion that the two were lovers, creating a lot of awkwardness between the two. Ladislaw is secretly in love with Dorothea, but keeps it to himself in order to protect her from scandal and poverty. He remains in Middlemarch, becoming a newspaper editor for Mr. Brooke, who is mounting a campaign to run for Parliament under a Reform platform.

Lydgate’s attempts to please Rosamond quickly cause him to fall deeply into debt, and he’s forced to ask for assistance form Bulstrode. Fred Vincy’s humiliation at causing the Garth family to loose so much money and setback as a result of not inheriting money from Featherstone causes him to seriously reevaluate his life. He decides to become a land agent under Caleb Garth.

John Raffles, a mysterious man who knows of Bulstrode’s shady past, appears in Middlemarch, attempting to blackmail him. In his youth, the now pious  Bulstrode engaged in questionable financial dealings, and his fortune is founded on his marriage to a much older, wealthy widow. Bulstrode’s terror of public exposure as a hypocrite leads him to hasten the death of the mortally sick Raffles, while lending a large sum to Lydgate to allay his suspicions. However, the story of his past has already spread. Bulstrode’s disgrace engulfs Lydgate, as knowledge of the loan becomes known, and he is assumed to be complicit with Bulstrode. Only Dorothea and Farebrother maintain faith in him, but Lydgate and Rosamond are nevertheless encouraged by the general opprobrium to leave Middlemarch. The disgraced and reviled Bulstrode’s only consolation is that his wife stands by him as he too faces exile.

When Mr Brooke’s election campaign collapses, Ladislaw decides to leave the town and visits Dorothea to say his farewell. But Dorothea has also fallen in love with him, whom she had previously seen only as her husband’s unfortunate relative. She renounces Casaubon’s fortune and shocks her family by announcing that she will marry Ladislaw. At the same time, Fred, who has been successful in his new career, marries Mary.

The “Finale” details the eventual fortunes of the main characters. Fred and Mary marry and live contentedly with their three sons. Lydgate operates a practice outside of Middlemarch but never finds fulfilment and dies at the age of 50, leaving Rosamond and four children. After he dies, Rosamond marries a wealthy physician. Ladislaw engages in public reform, and Dorothea is content as a wife and mother to their two children. Their son eventually inherits Arthur Brooke’s estate. 1

Middlemarch (1871-2) by Caitlin Duffy is licensed under a Creative Commons Attribution-ShareAlike 4.0 International License.