Cruel optimism is the term Lauren Berlant creates to describe the relation when something you desire is actually detrimental to your health and an obstacle to your flourishing. In particular, Berlant examines the existence of cruel optimism within the neoliberal system from the 1980’s to today and its connection to the fantasy of the “good life.” She is interested in the affective responses people have to the slow unfurling of precarity, contingency, and crises and our continued attachment to liberal-capitalism.

I’m interested in how the affective relations described by cruel optimism connect with the ability to survive (rather than thrive).

The family dinner scene in You’re Next

Other films that work well with Berlant’s cruel optimism are The Shining (1980), Creep (2014) and Creep 2 (2017). In both films, we are introduced to a struggling film-maker who accepts a sketchy job off of Craigs List in an attempt to improve their careers, gain experience, and, most importantly, have a job. The commitment to a job is one of the affective activities that Berlant is most interested in: in the late capitalist era, many jobs are harmful in the long (sometimes, thanks to technology, never-ending) hours and stress. Sometimes these jobs also become obstacles in path to ultimate happiness and flourishing. In both Creep films, these jobs place the job-seeker within the trap of a serial killer (in fact, the serial killer is their employer and the creator of the job). In The Shining, Jack Torrance accepts the seasonal job of The Overlook’s care-taker, thinking that it will not only pay well, but that it will provide him with the time and space to practice his real passion, writing, and complete his play. The care-taker job eventually prevents him from flourishing (or even practicing) as a writer and also takes his life. The film ends with Jack stuck in the Overlook, where, much like the care-taker before him, he will remain an employee forever. 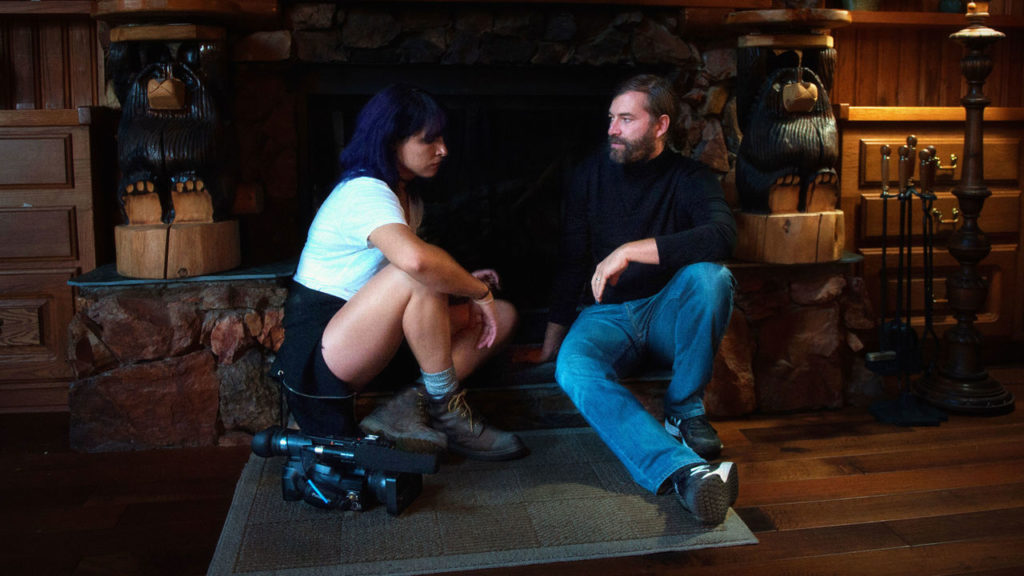 Aaron and Sara in Creep 2. In both Creep films, part of Aaron’s eeriness comes from his insistence that he and his employee share love and friendship between them, which becomes an excessive and monstrous version of the concept of the “work family,” which, I’d argue, is an integral part of the “good life.”

The famous final shot of The Shining. Jack Torrance is part of The Overlook even in his afterlife.