The Way We Live Now (1875) by Anthony Trollope was a satirical novel that worked to dramatize and criticize the greed and dishonest that Trollope viewed as an unfortunate part of Victorian culture. He was inspired to write it after he had returned to England from abroad to learn of the financial scandals of the early 1870’s. Trollope had grown up under serious financial duress in which the Trollope family fortune was repeatedly lost.

“Augustus Melmotte is a financier with a mysterious past. He is rumoured to have Jewish origins, and to be connected to some failed businesses in Vienna. When he moves his business and his family to London, the city’s upper crust begins buzzing with rumours about him—and a host of people ultimately find their lives changed because of him.

Melmotte sets up his office in the City of London and purchases a fine house in Grosvenor Square. He sets out to woo rich and powerful investors by hosting a lavish party. He finds an appropriate investment vehicle when he is approached by an American entrepreneur, Hamilton K. Fisker, to float a company to construct a new railway line running from Salt Lake City, USA, to Veracruz, Mexico. Melmotte’s goal is to ramp up the share price without paying any of his own money into the scheme itself, thus further enriching himself, regardless of whether the line gets built.

Amongst the aristocrats on the company’s board is Sir Felix Carbury, a dissolute young baronet who is quickly running through his widowed mother’s savings. In an attempt to restore their fortunes, as they are being beset by their creditors, his mother, Matilda, Lady Carbury—who is embarking on a writing career—endeavours to have him become engaged to Marie, Melmotte’s only child, and thus a considerable heiress. Sir Felix manages to win Marie’s heart, but his schemes are blocked by Melmotte, who has no intention of allowing his daughter to marry a penniless aristocrat. Felix’s situation is also complicated by his relationship with Ruby Ruggles, a pretty farm girl living with her grandfather on the estate of Roger Carbury, his well-off cousin.

In the South Central Pacific and Mexican Railway Board meetings, chaired and controlled by Melmotte, Fisker’s partner, Paul Montague, raises difficult questions. Paul’s personal life is also complicated. He falls in love with Lady Carbury’s young and beautiful daughter Hetta—much to her mother’s displeasure—but has been followed to England by a former American fiancée, Mrs Winifred Hurtle. Mrs Hurtle is determined to make Paul marry her based on the fact that they had lived together in America, and that she offered him “all that a woman can give”. It is Lady Carbury’s plan, advised by her literary friend Mr Broune, a distinguished London publisher, for Hetta to marry her cousin Roger. Roger has been Paul’s mentor, and the two come into conflict over their attentions towards Hetta, who steadfastly refuses to marry her cousin.

Events start to come to a head when Paul finally gets Mrs Hurtle’s consent to free him of his obligations towards her, in exchange for agreeing to spend one final weekend with her on the coast. Whilst walking along the sands, they meet Roger Carbury, who, on seeing Paul with another woman, decides to break off all acquaintance with him, believing that Paul is simply playing with Hetta’s affections. In the meantime, Felix Carbury is torn between his affection for Ruby and his financial need to pursue Marie Melmotte. Ruby, after being beaten by her grandfather for not marrying a respectable local miller, John Crumb, runs away to London and finds refuge in the boarding house owned by her aunt, Mrs Pipkin—where, as it happens, Mrs Hurtle is lodging. Felix learns from Ruby about Mrs Hurtle’s relationship with Paul and, coming into conflict with Mrs Hurtle over his attentions to Ruby, reveals all his new-found knowledge to his mother and sister. Hetta is devastated and breaks off her engagement to Paul. Meanwhile, to keep Paul away from the board meetings, Melmotte attempts to send Paul off to Mexico on a nominal inspection trip of the railway line, but Paul declines to go.

Finding that they cannot get around Melmotte, Felix and Marie decide to elope to America. Marie steals a blank cheque from her father and arranges to meet Felix on the ship at Liverpool. Felix, who has been given money by Marie for his expenses, goes to his club and gambles it all away in a card game against Miles Grendall, whom Felix had detected cheating in a previous game. Drunk and penniless, Felix returns to his mother’s house, knowing the game is up. Meanwhile, after Melmotte has been alerted by his bank, Marie and her maid, who believe that Felix is already on the ship at Liverpool, are intercepted by the police before they can board the ship, and Marie is brought back to London.

Melmotte, who by this time has also become Member of Parliament for Westminster and the purchaser of a grand country estate belonging to Mr Longestaffe (whose daughter Georgiana is the heroine of a lengthy satirical subplot), also knows that his financial house of cards is nearing collapse. When Longestaffe and his son demand the purchase money for the estate Melmotte had bought, Melmotte forges his daughter’s name to a document that will allow him to get at her money (money that Melmotte had put in her name precisely to protect it from creditors, and which Marie refused to give back to him). He tries to get his clerk, Croll, to witness the forged signature. Croll refuses. Melmotte then also forges Croll’s signature, but makes the mistake of leaving the documents with Mr Brehgert, a banker. When Brehgert returns the documents to Croll, rather than to Melmotte, Croll discovers the forgery and leaves Melmotte’s service. With his creditors now knocking at his door, the railway shares nearly worthless, charges of forgery looming in his future, and his political reputation in tatters after a drunken appearance in the House of Commons, Melmotte poisons himself.

The remainder of the novel ties up the loose ends. While Felix is out with Ruby one evening, John Crumb comes upon them and, believing that Felix is forcing his attentions on her, thoroughly beats Felix. Ruby finally realises that Felix will never marry her, and returns home to marry John. Felix is forced to live by his wits on the Continent. Lady Carbury marries Mr Broune, who has been a true friend to her throughout her troubles. Hetta and Paul are finally reconciled after he tells her the truth about Mrs Hurtle; Roger forgives Paul and allows the couple to live at Carbury Manor, which he vows to leave to their child. Marie, now financially independent, becomes acquainted with Hamilton K. Fisker, and agrees to go with him to San Francisco, where she eventually marries him. She is accompanied by her stepmother, Madame Melmotte; Croll, who marries Madame Melmotte; and Mrs Hurtle.” 1 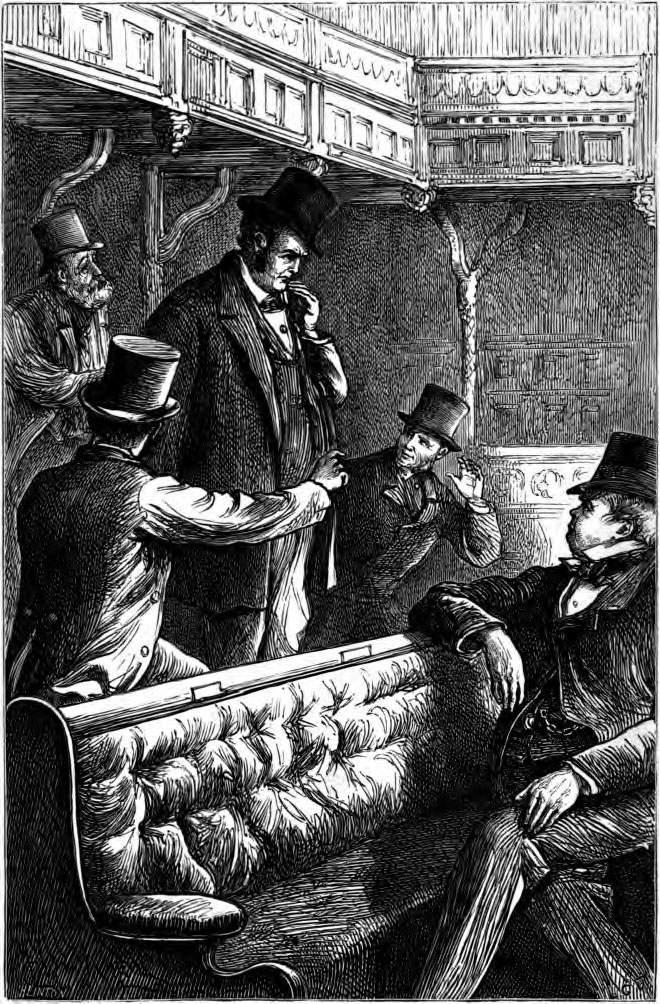 The Way We Live Now (1875) by Caitlin Duffy is licensed under a Creative Commons Attribution-ShareAlike 4.0 International License.