George C. Foster was a reporter for Horace Greeley’s “New York Tribune,” as well as a social commentator and poet. He drew upon his own nightly rambles of New York City to create New York by Gas-Light, meant to be a sensationalized portrait of his city in the contemporary moment. It both offended and attracted large populations of readers in America at the time. 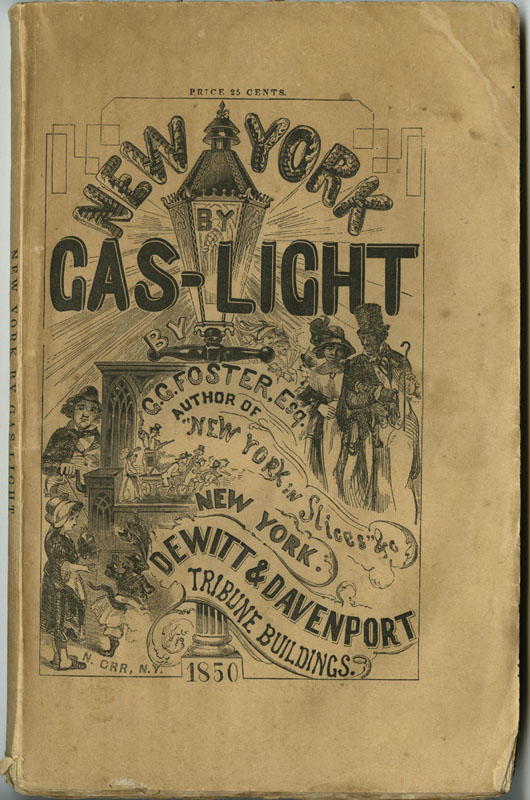 There is no real plot. Instead, each chapter welcomes the reader into a different section of New York society at night. These include forays into prostitution dens, the theatre, bars, and areas full of theft and murder.

New York by Gas-Light (1850) by Caitlin Duffy is licensed under a Creative Commons Attribution-ShareAlike 4.0 International License.